Super Bowl 50 has come and gone. Most Americans are looking for more than just great plays and big hits. Super Bowl Sunday is also a big day for advertisers. You could say it’s like their… well, their Super Bowl! This year though there was one commercial that was more disgusting than any other Super Bowl commercial I have ever seen.

No I’m not talking about Mt. Dew’s Puppy Monkey Baby commercial, which was plenty disgusting.

No, that commercial was disturbing, no doubt, but there was a commercial that made me just die a little bit inside. Not just because it is literally about poop but because it exposes a disgusting attitude we have in our country about health care. Here is the commercial I am talking about. Watch it first, then keep reading.

Ok, so here is my rant… It’s disgusting first of all that we are a country that allows corporations like AstraZeneca to advertise on television. I estimate they spent $10 million to air this one ad for a product that none of us can even go to the store and buy. It’s disgusting that any of us know about the blue pill, or the purple pill or any prescription pill.

The way prescription drugs should work is that you have a condition that a Medical Doctor is treating you for and the doctor makes the prescription that they feel fits the best. But the way we do it is that I can show up to my doctor and say, “Hey, give me the poop pills I found on that Super Bowel, errr…. Super Bowl commercial”. Or, “Hey I’m feeling a little down, why don’t you give me the happy pills I saw on the commercial with the guy flying kites with his son.”

Think of the position this puts Medical Doctors in. These ads are so persuasive and a patient might feel like they can’t trust their doctor if she wasn’t prescribing the miracle drug they saw on TV; you know the one with all the side-effects at the end of the commercial? So some doctors just distribute them. Notice I said “distribute”? That’s right because advertising these drugs on TV turns doctors into distributors. Is that the health care system we want? The one where we spend hundred and thousands of dollars and about a decade educating doctors to become drug distributors?

What about this condition they are talking about that has given this poor man so much potty envy? Opioid Induced Constipation is a condition that is 100% preventable. It is a condition that is created as a side-effect of taking opioid drugs. What are opioid drugs? We are talking about drugs like Apache, China Girl, Dance Fever, Goodfella, Murder 8, Tango and Cash, Friend, Captain Cody… Oh hold on… I’m sorry those are the street names for medications like Actiq, Duragesic, Sublimaze, OxyContin, Percodan, Percocet, Dilaidid, Codeine, etc. Opioid drugs are primarily used as pain control. Typically, this is for short-term use after surgery or a serious injury. Increasingly, they are being used for long-term treatment of chronic pain.

In my practice, one of my biggest goals is to get people who are on these medications clean by addressing the cause of the problem or using natural alternatives. I say “clean” because these prescribed opioids are the #1 gateway drugs to the abuse of drugs like heroine. They have the potential to destroy people’s lives and their health. Their overuse is at the center of a major health crisis in this country. Trust me, constipation is the least of your worries if you are on a long-term prescription for opioids.

According to the CDC, the rate of deaths from opioid poisoning has increased by 200% since 2000 and in recent years this rate has been increasing annually. Around 47,000 Americans die every year from drug overdose.

So the disgust I’m feeling around this commercial comes from the fact that we have apparently become complacent and accepting of all of this. We are advertising drugs to help us with problems caused by other drugs. We are putting these commercials on during fun events like the Super Bowl. We are mixing in this message along with Beyonce and Bruno and the Broncos and yes… Puppy Monkey Baby.

We can’t just take this sitting down any more (no… not another poop joke). We have to get outraged by this stuff. If you saw a commercial that advertised a medication to treat the side-effects of a chiropractic adjustment you would say, “Well, why don’t we just get rid of the chiropractors?”. We don’t think that about these medications. We just shrug and accept this false idea that drugs and chronic pain and constipation are just an inevitability; an acceptable cost.

The aren’t. There are solutions out there. ACTUALLY! The solutions aren’t even out there they are RIGHT HERE! People are beating inflammation and chronic pain and diseases every day without the use of prescriptions and surgeries. We don’t have to accept crappy (yes, that was on purpose) alternatives to the many natural ways that health can be created.

Recently I was pining for a treat where guilt would not be the main ingredient. …

My kids wake up every morning and the first thing they want is their vitamins.… 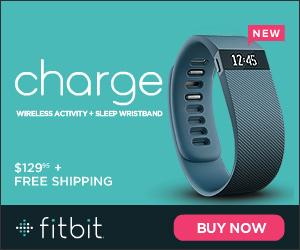 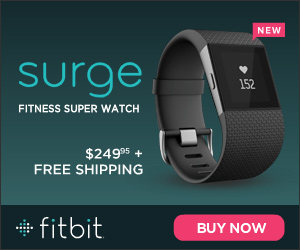